The main mission of Football Addicts is to try and democratize football, to lift the voices and opinions of the fans, to get the media and decision-makers to listen to them.
One way to do this is through polls in our app Forza Football which has three million monthly users worldwide.

Back in May 2015 we teamed up with Transparency International to ask fans a few questions ahead of the FIFA elections.
35 000 people participated and four out of five did not think that Sepp Blatter should run again for president of FIFA. Read more about that poll here.

Now Sepp Blatter is out of the picture (well, not really but at least he is not running for president again) and FIFA is about to elect a new leader on Friday February 26th.

We have once again worked together with global anti-corruption organisation Transparency International to find out how the fans feel now about the highest office in football and the candidates for the presidency.

25 000 Forza Football users from 28 countries participated in the poll. This is what they were asked - and how they answered: 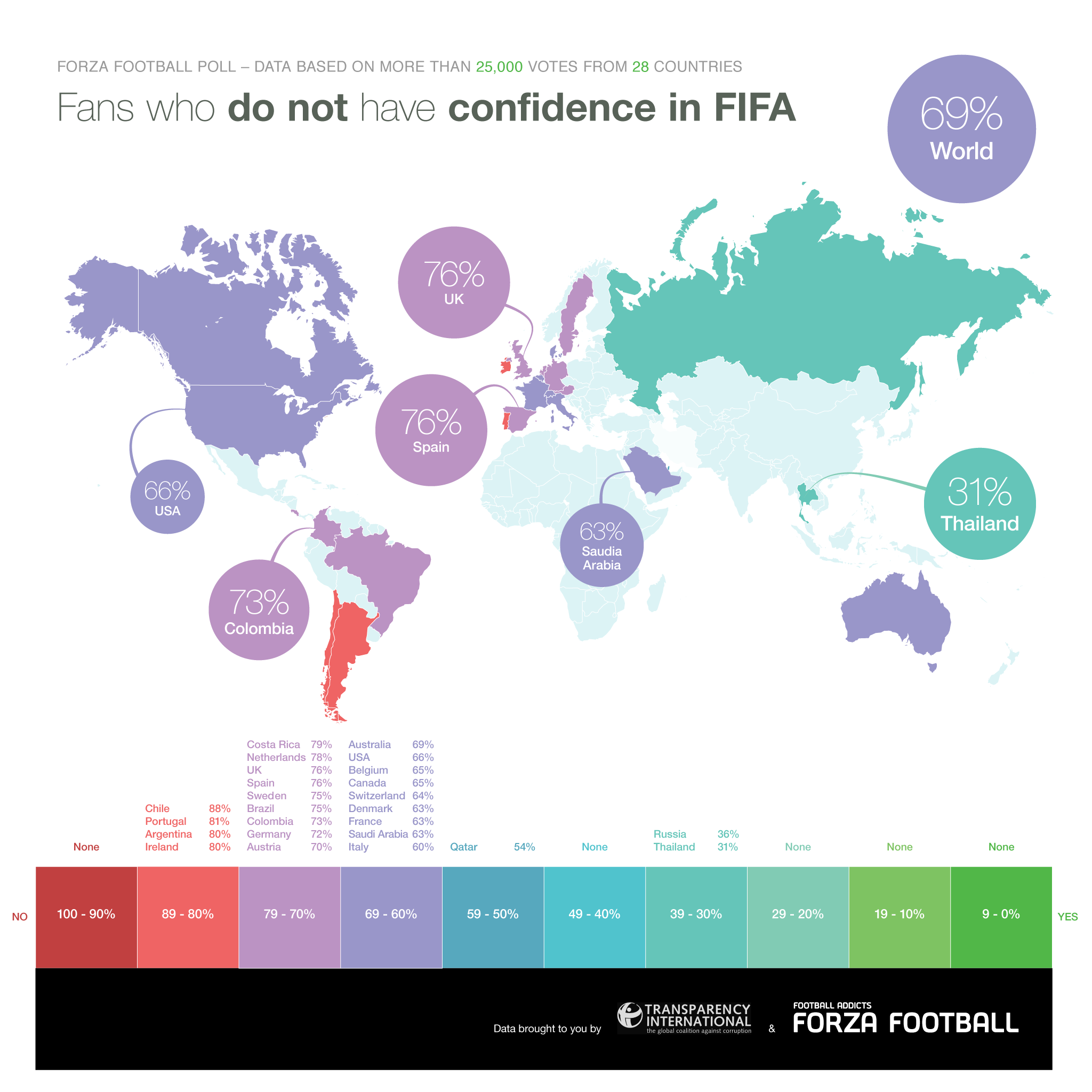 2. Do you believe FIFA will ever restore its reputation? 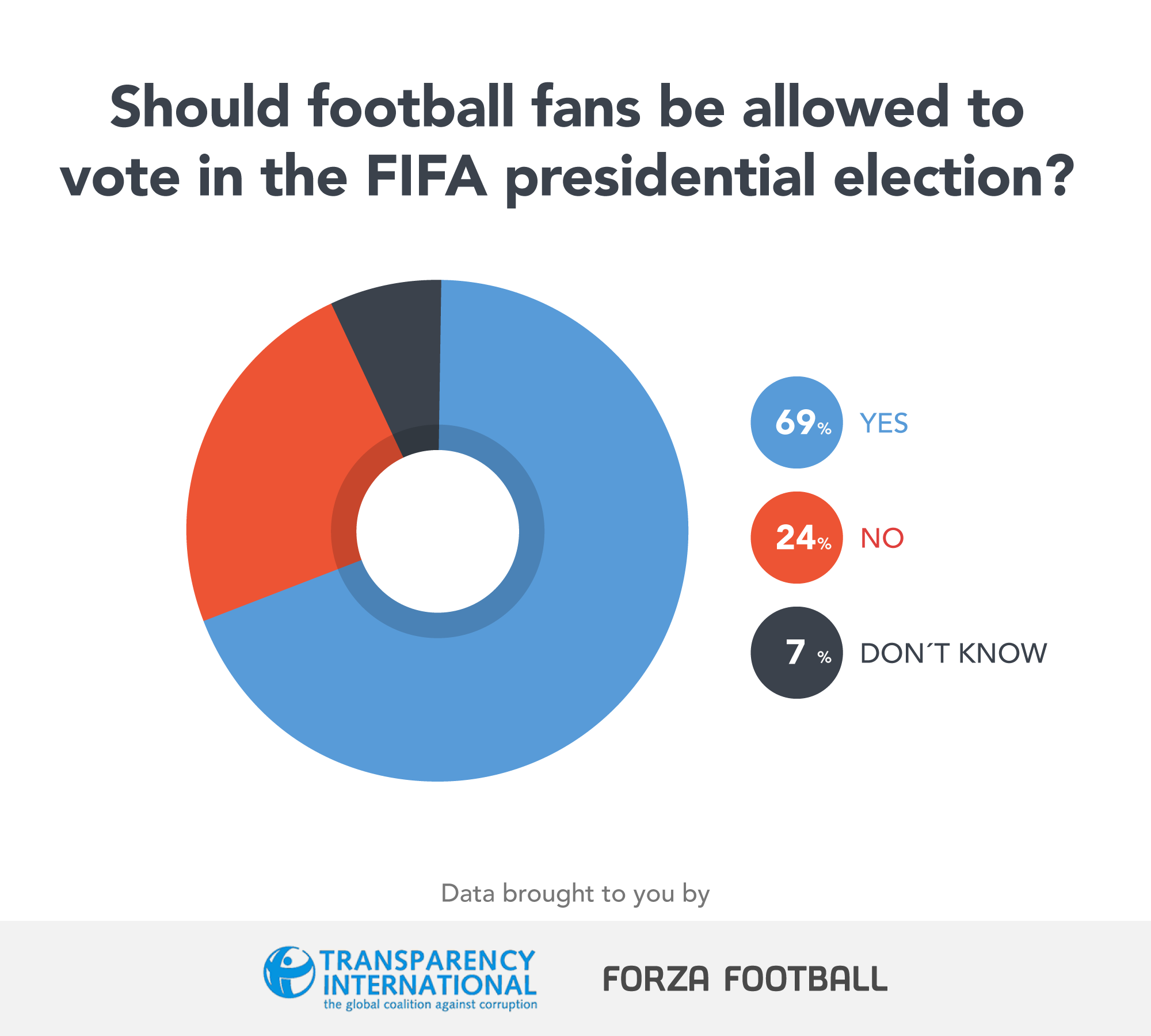 4. Has the FIFA scandal affected how much you enjoy football?

Fans from Chile (61%), Portugal (56%) and Argentina (56%) were most affected by the scandal. 45% of fans in Britain, and 44% in America, stated that the FIFA scandal had affected how much they enjoy football. 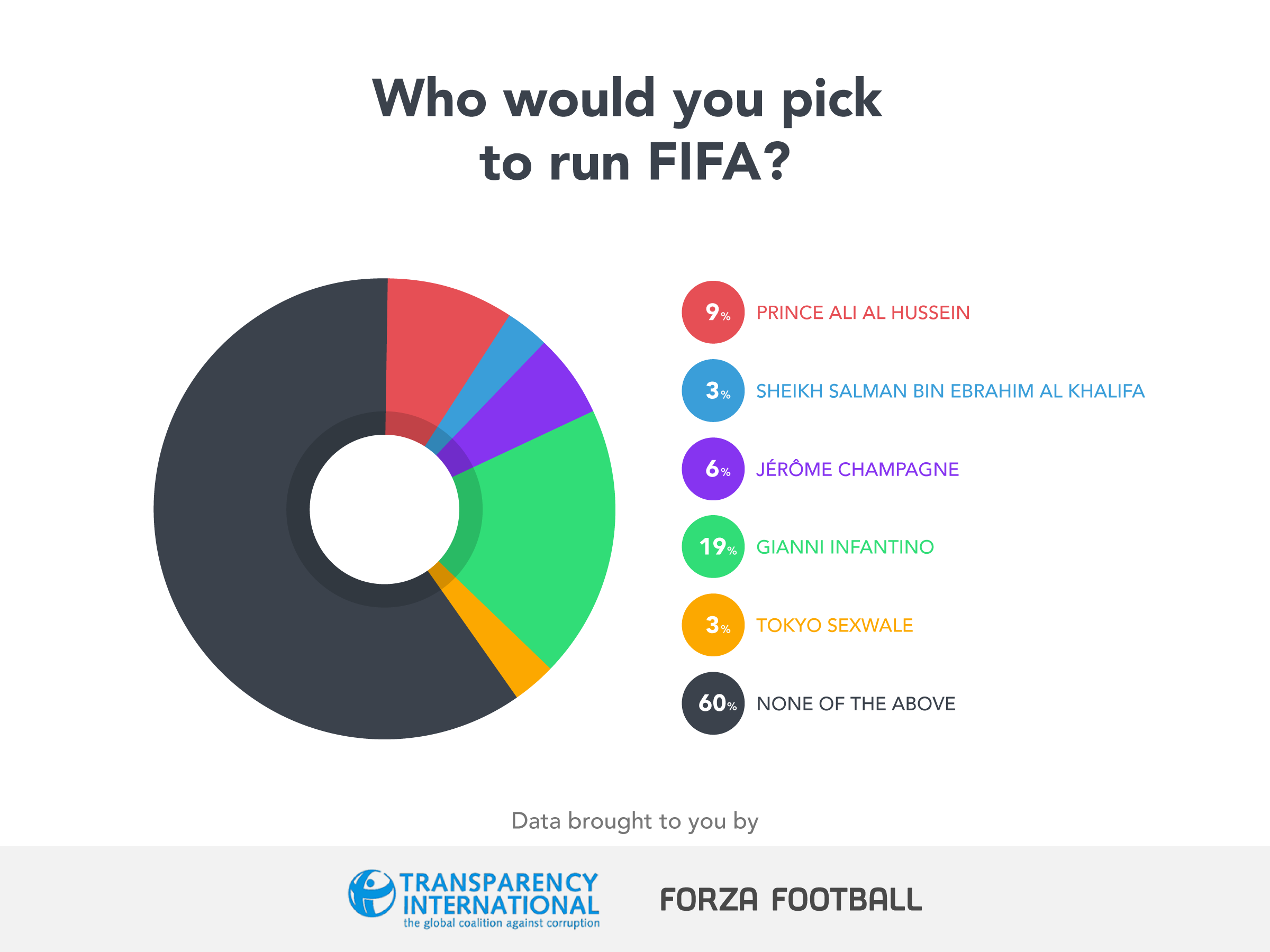 6. Do you think football is more corrupt than other sports? 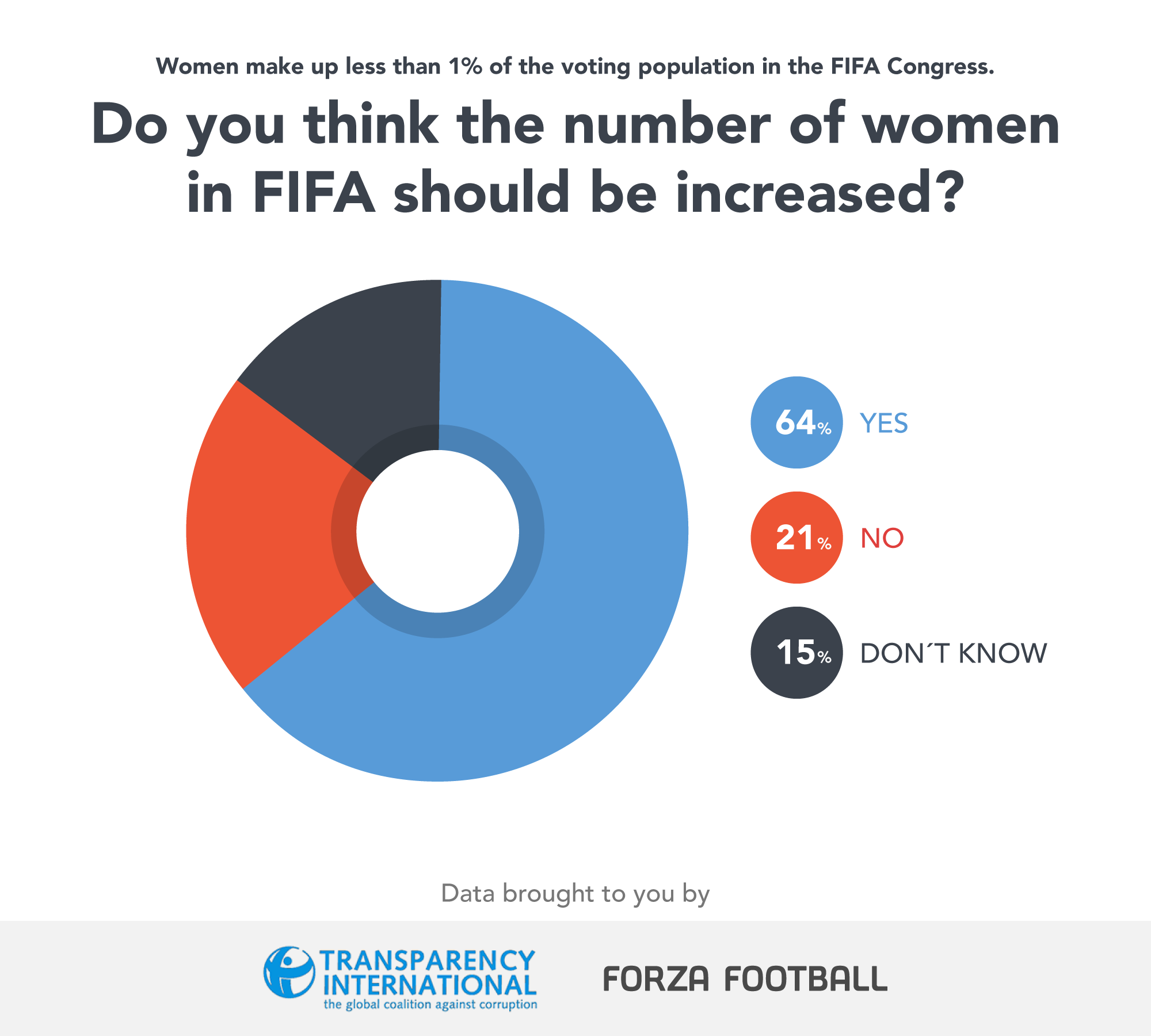 While it’s crucial that the FIFA scandal has been, and continues to be, widely discussed, the opinions and feelings of the most important people in football, the fans, are often ignored. By teaming up with Transparency International we are giving football fans from all over the world a collective voice, and putting the power back into their hands. We hope that the next FIFA President will take into account how disillusioned football fans are with the sport they love.

Barcelona were made to work hard for their 4-1 victory over hosts Villarreal at the Ciudad Deportiva on Sunday afternoon. The hosts thought they had found the opener in the opening minutes but their goal was ruled out for offside before the visitors found the opener through defender María Pilar

Juventus have already recorded two draws in four matches, the total of which they had the whole of last season, a sign that competiton might have stiffened for the champions in the Serie A Femminile this season

Reigning champions Olympique Lyonnais reclaimed top spot when they condemned Montpellier HSC to a 3-1 defeat to settle the weekend’s top-of-the-table clash. A 33rd minute headed goal from Lindsey Horan from a Selma Bacha cross set the tone for the visitors before goals from second-half substitute Eugénie Le Sommer-Daniel