At Football Addicts we work constantly to try and improve Forza Football to make your user experience even better.

One part of the work is to keep track of which competitions and teams you follow with most interest - and make sure to present those matches extra well. By examining your behaviour in the app we get the information we need.

We can, for example, see how the popularity of the leagues and teams changes a bit during the year since the interest depends on the time of the year, the teams’ results and if big players and coaches change clubs.

Right now (well, in September 2016) there are two leagues that stand out in popularity among the Forza Football users: the English Premier League and Spanish La Liga, with the one mentioned first topping the chart in most countries. 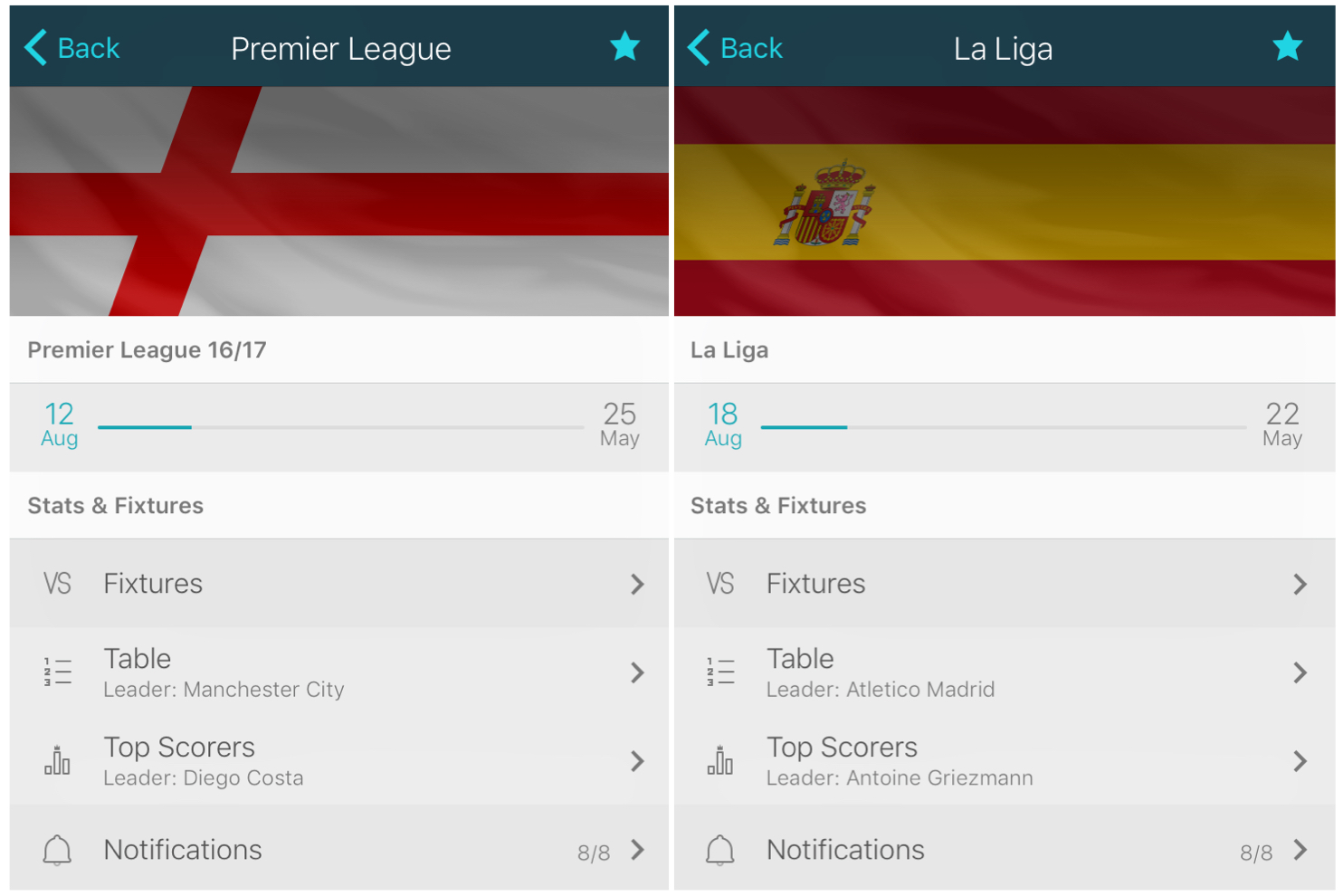 There are a some exceptions though where the local league(s) is clearly the strongest or high up in the ranking table, like in Brazil, Turkey and Argentina.

We thought it would be fun to reveal the league ranking in your particular country in this blog. (In the coming days there will be another blog post about the most visited teams in the different countries.)

Since we have stats from all countries around the globe we won’t be able to publish it all here. Give us a shout on Twitter or Facebook if you would like more info on the standing in your particular country!

Let's start checking the results in countries where we have many many users.

Note: We checked the totalt amount of clicks by unique users on matches in the different leagues during the month of September 2016.

First out we have our lovely users in Italy where of course Serie A is dominating the chart: 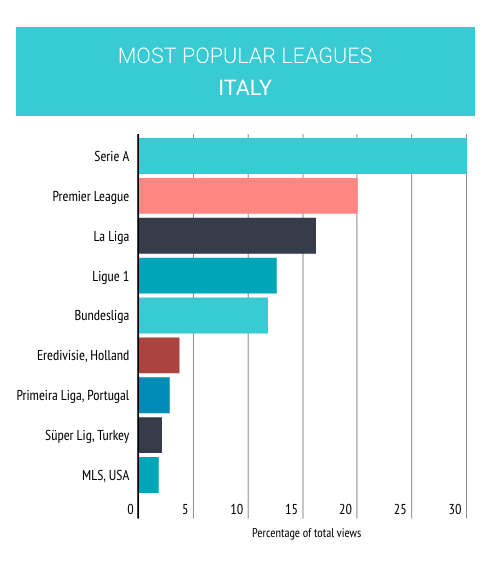 Note: We are only counting the top leagues in each country in these graphs, but local Serie B is actually number five in the popularity rankning and the English Championship number nine in Italy.

To no surprise the Premier League is the users' favourite in Great Britain: 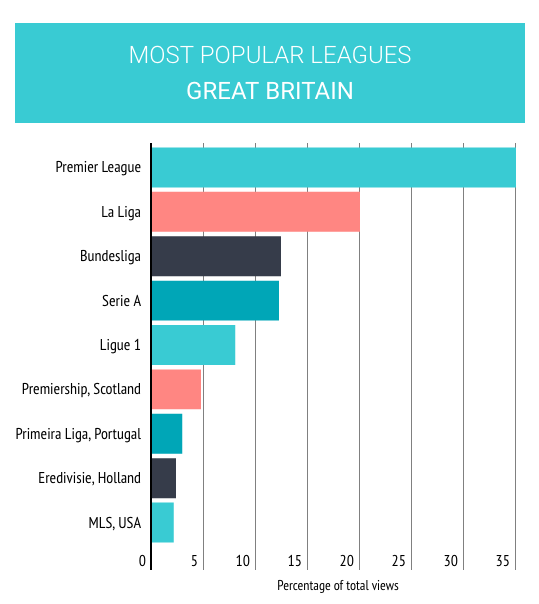 Note: The Championship is of course popular on the British Isles. It is fifth in the overall ranking, above Ligue 1.

In the US it is pretty close in the top and our users apparently prefer the Mexican league to the MLS: 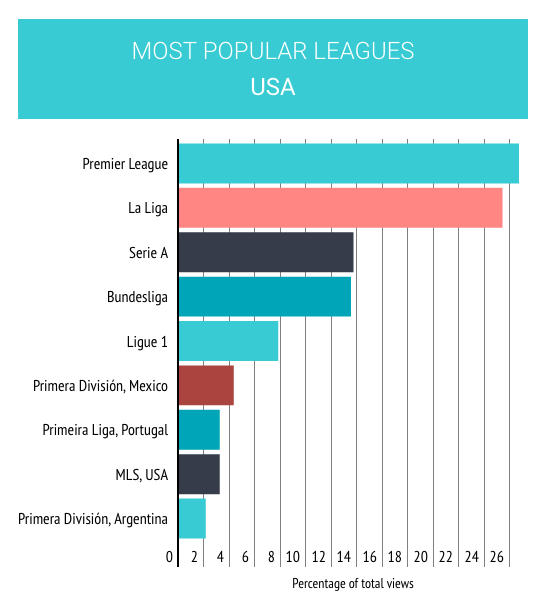 Note: The English Championship would push the Argentinian top league off the chart.

This is Sweden's list and you can see that the local league Allsvenskan is very popular among the Forza Football users: 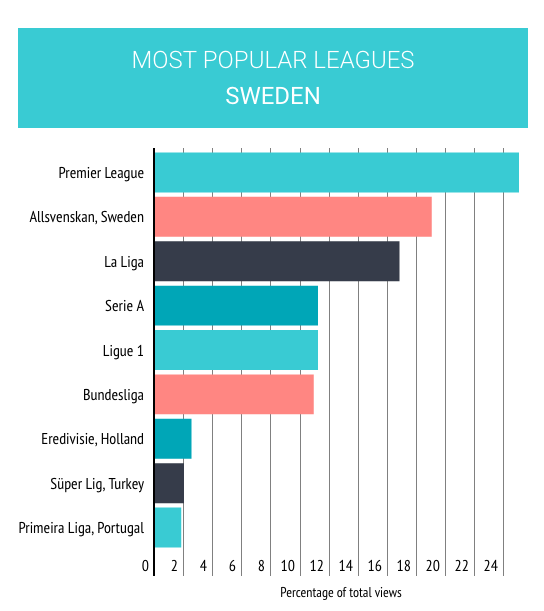 Note: Superettan, the Swedish second-tier, and the English Championship rank higher than Eredivisie, Süper Lig and Primeira Liga among our users in Sweden.

In Germany Bundesliga is of course in the top: 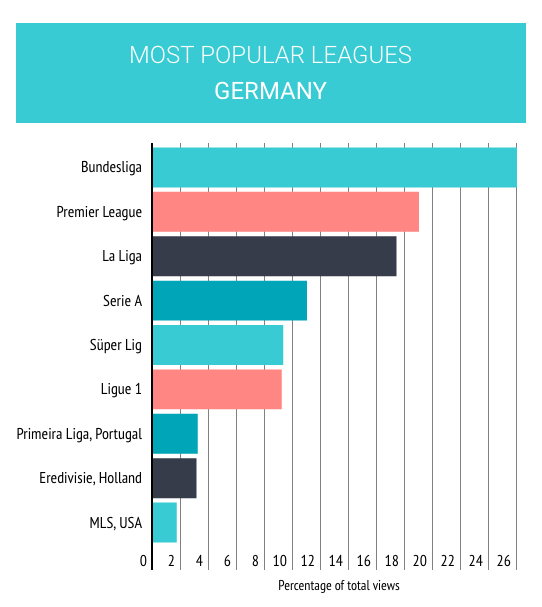 Note: The 2. Bundesliga is the overall fourth most visited league in Germany.

Among the Danes the local Superligaen is almost as popular as the Premier League: 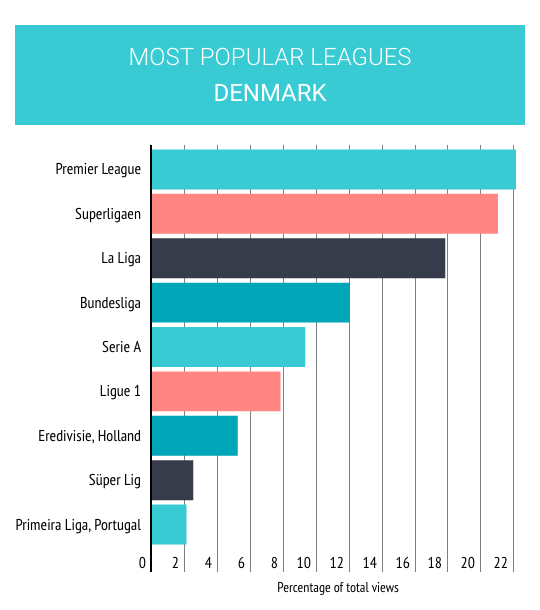 Note: The Danish second-tier 1. Division is actually the seventh most visited league over there while the English Championship is number eight on the list.

Time to look at the Dutch table: 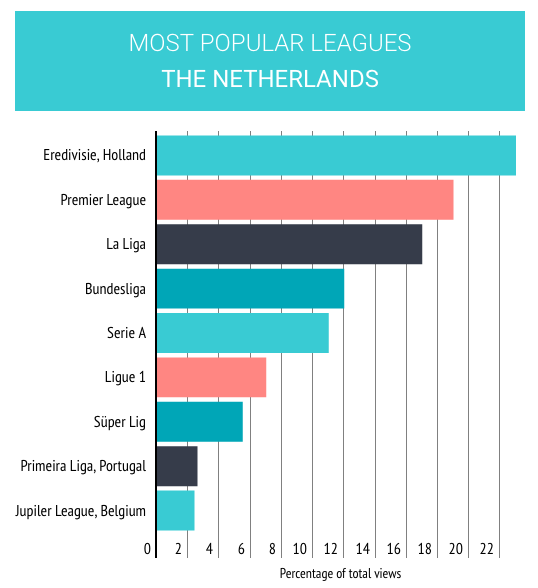 Note: The Dutch second-tier, Eerste Divisie, is the sixth most visited league among the Forza users in Holland. The English Championship the tenth.

We have many user in Switzerland. This is their league ranking: 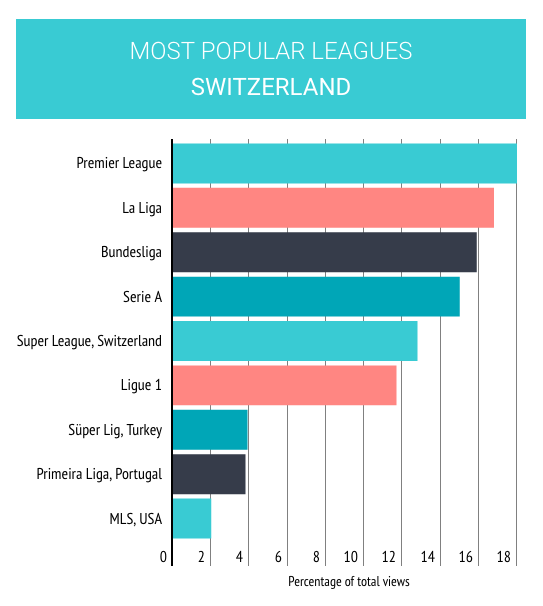 Note: The Swiss second-tier Challenge League is actually the seventh most visited league among our users in the country.

Let's have a look at the country whose national team won the Euro 2016: 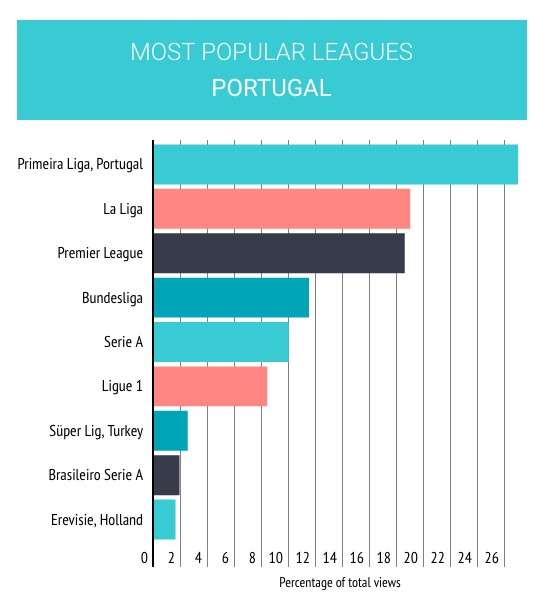 Note: The Portuguese second-tier Segunda Liga is the sixth most visited league while the English Championship is number nine.

In Spain La Liga dominate but we also see some interest in leagues on the other side of the globe: 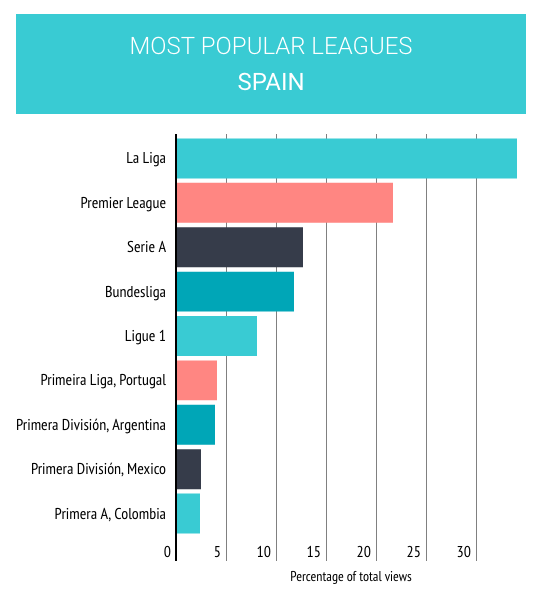 Note: Spanish La Segunda was during September 2016 as popular as Ligue 1 among the Forza Football users.

That will be all for today, friends.

Check back soon for a blog post about the hottest teams in your country.