Last week we had a look at the leagues that interest you as Forza Football users the most.

Now we would like to share some data about which teams you showed the most interest in during the period of August 15th to September 30th 2016.

Let's start off with the nine favourite teams among the Forza Football users globally:

Note 1: We have only counted one club team per unique user, his/her presumed favourite team.
Note 2: We have only counted the teams’ matches in the local leagues.
Note 3: The top three teams on the overall chart have quite a big lead while it is pretty close between the five teams in the bottom.

Now let's have a look at the standing in different countries around the world. (Give us a shout on Twitter or Facebook if you would like more info on your particular country.)

Great Britain: Manchester United crush the rest of the clubs on the popularity list. José Mourinho's team is number one with twice as many Forza users as Liverpool. When it comes to the foreign teams, Barcelona have a clear lead among the Brits so far this season: 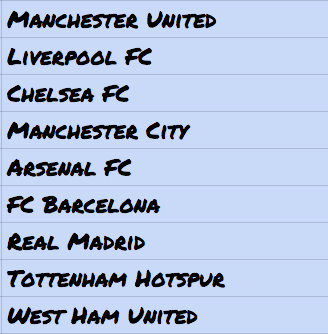 USA: Barcelona are the clear favourites in the States. The top three teams have many more fans than the rest: 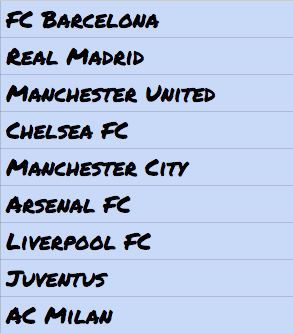 Italy: A crushing victory for Juventus with more than twice the fans as the Milano teams. No foreign teams make it onto this chart: 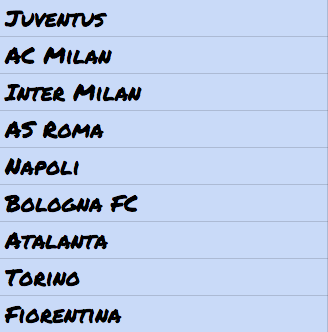 Spain: Interesting stuff! Barcelona have got quite a lead compared to Real Madrid, but the top two are way ahead of the rest: 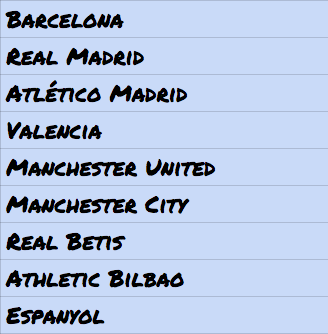 France: Barcelona is actually the most popular team in France too: 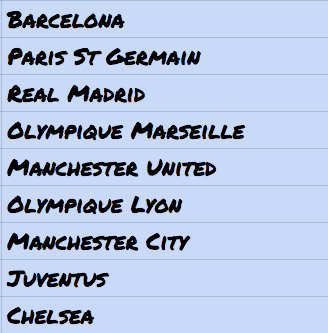 Brazil: Only one foreign club manages to get into the chart, Barcelona, but Palmeiras and Corinthians are the clear favourites: 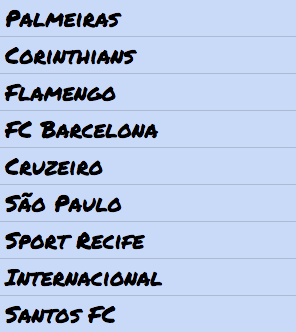 Argentina: It is tight between Boca and Barcelona in the top with River Plate a bit behind them. But River Plate are quite far ahead of the rest: 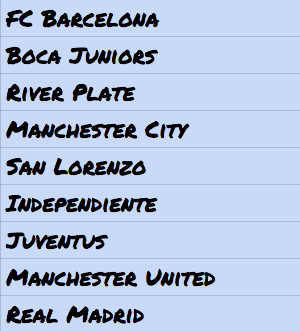 Sweden: The Zlatan effect is making Manchester United by far the most popular team in Sweden right now. The Stockholm duo AIK and Djurgården also have a big following: 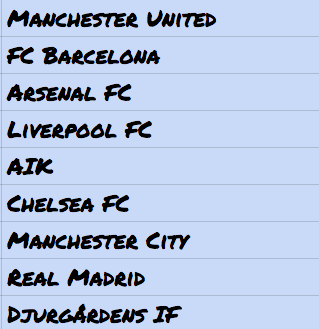 Thailand: The Premier League dominates in Thailand with United grabbing the number one spot: 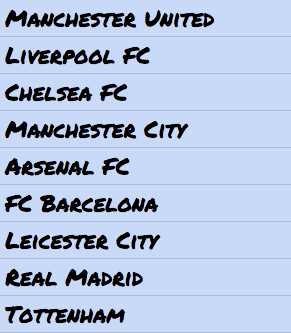 UAE: A clear dominance for the two Spanish giants in the United Arab Emirates, with Barcelona a step ahead of their bitter rivals: 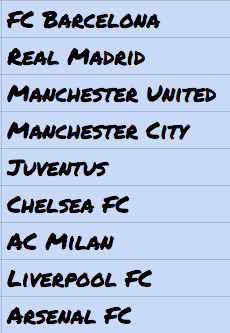 Turkey: It is very close between the three Istanbul teams in the top. And Barcelona, with Arda Turan, are three times as popular as Real Madrid: 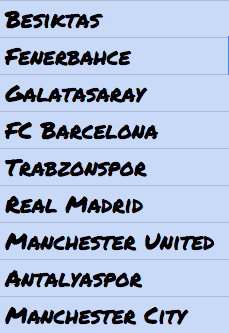 Colombia: Thanks to James Rodriguez Real Madrid are number one in Colombia, with more that twice the users compared to Barcelona: 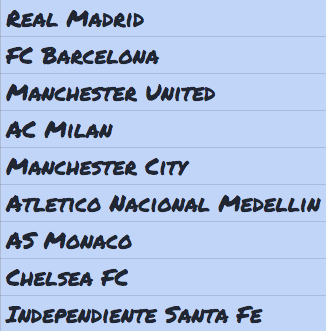 Germany: A crushing victory for Bayern with double the following compared to number two on the chart, Dortmund: 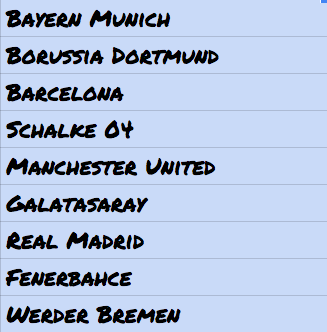 Denmark: It is extremely tight between United and Brøndby in Denmark: 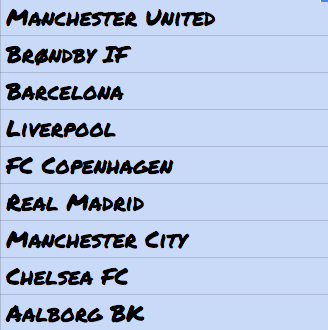 Indonesia: Chelsea and Barcelona are popular in Indonesia but Manchester United are bigger than the two together: 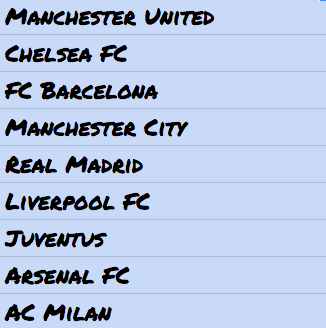 India: Watford seal a spot on the chart in India but Manchester United are the clear favourites: 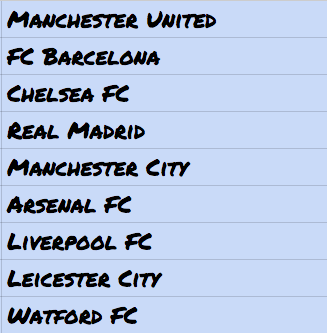 South Africa: The two Spanish giants top the chart in southern Africa, with Barcelona quite far ahead of Madrid: 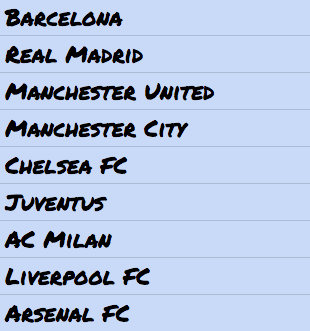 Mexico: Many local teams on the chart in Mexico but Barcelona are clearly the most popular: 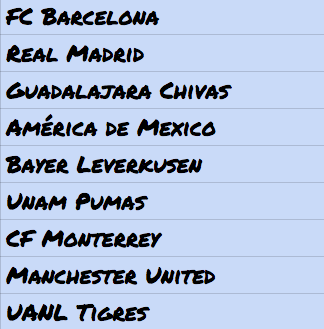 Netherlands: Ajax is the most popular team by far, with twice as many Forza users backing them compared to Feyenoord: 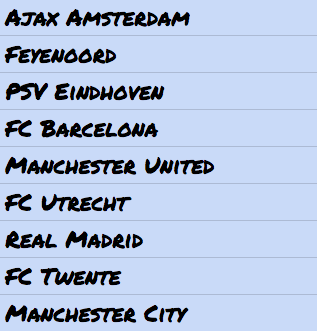 Norway: Only one local team, Rosenborg, claims a spot among the big English clubs in Premier League-crazy Norway: 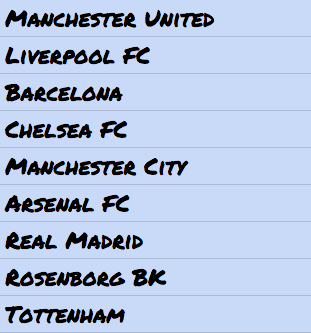 Portugal: It's tight in the top between Benfica and Sporting, and the duo is by far the most popular clubs in Cristiano Land: 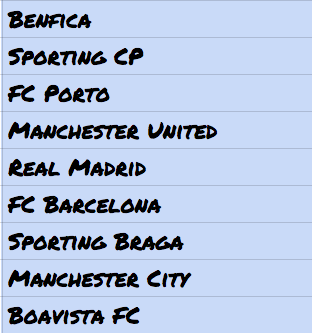 Belgium: It is tight in the top but Anderlecht manage to grab the number one spot ahead of Barcelona: 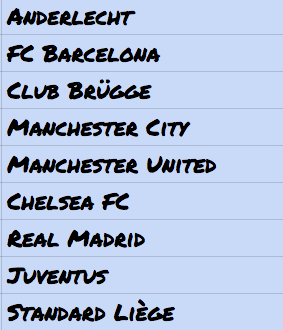 Chile: The Alexis Effect puts Arsenal clearly in the top in the striker's homeland: 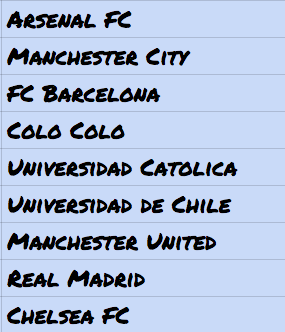 Switzerland: The top four teams have a lot more fans than the rest, with Barcelona being the clear leader: 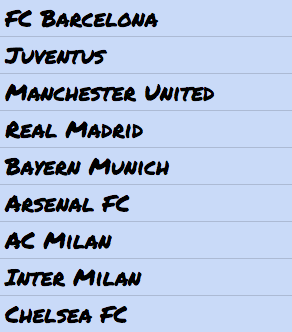 We hope that you found this data interesting.

Later in the season we will check the data again to see if there have been any changes.

And download the app here if you haven't already!