(Sorry about that boring headline but it actually sums up this blog post pretty well.)

Transparency is something that we call for when it comes to big powerful organisations within our sport, like the international football federation Fifa. So we thought that we as a company should really live the way we preach.

Therefore (drum rolls!); from now on we are going to be transparent about how we work at Forza Football and why we do the things we do.

First, some background to this groundbreaking (sort of) news. 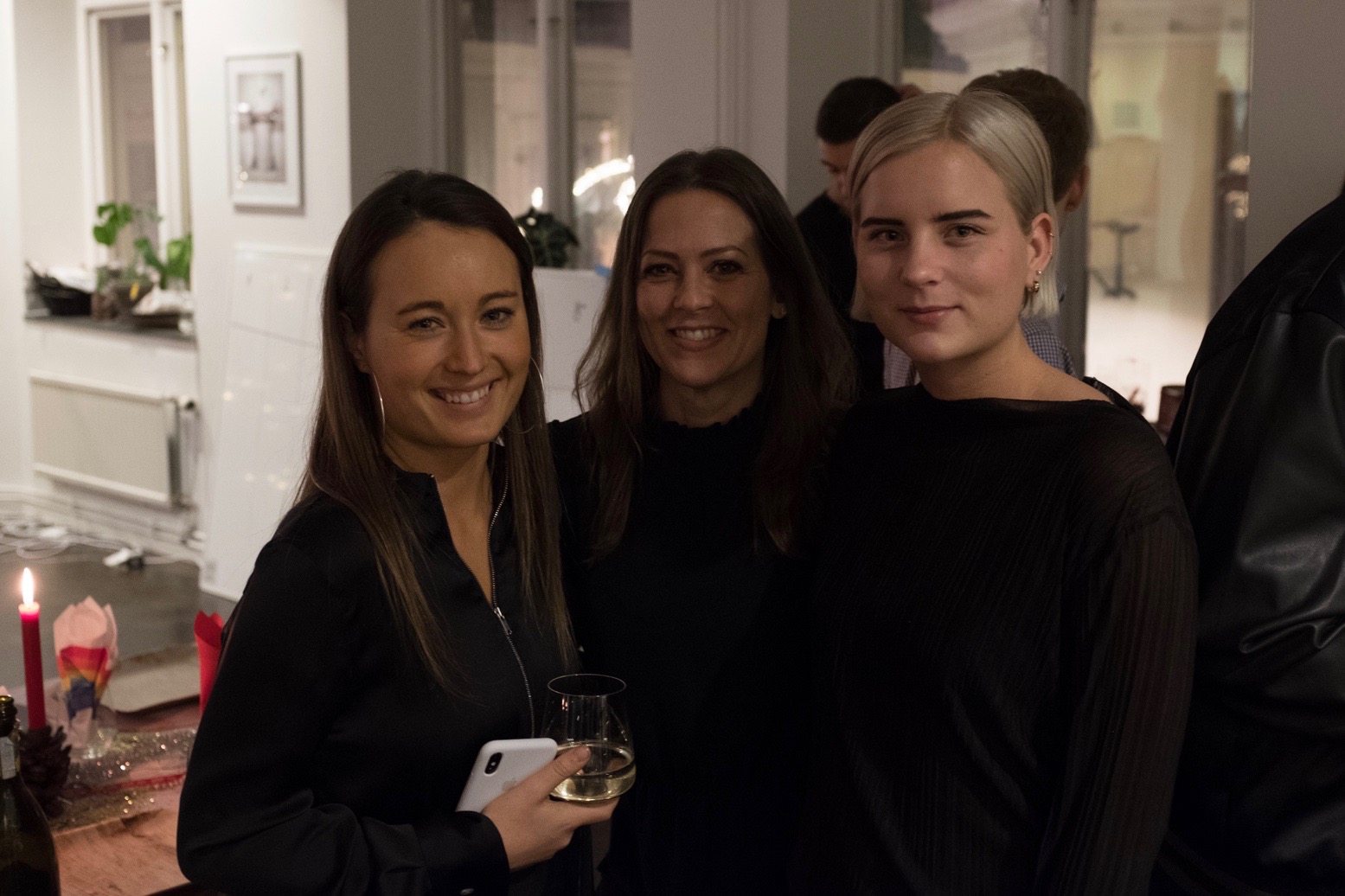 When our branding ace Josefin (that's her to the right) came onboard at Forza in 2017, she wanted to get to know the company and the people. Moreover she wanted to find out what we thought was good and bad about the workplace, this to be able to formulate our internal brand.

So she interviewed us.
39 interviews.
And this is what we shared with her:

Okay, let’s start with some basic facts what weren’t in the survey.
Forza Football is made up of 43 people from 13 countries.
Eleven of us are women and we were born between 1963 and 1994. 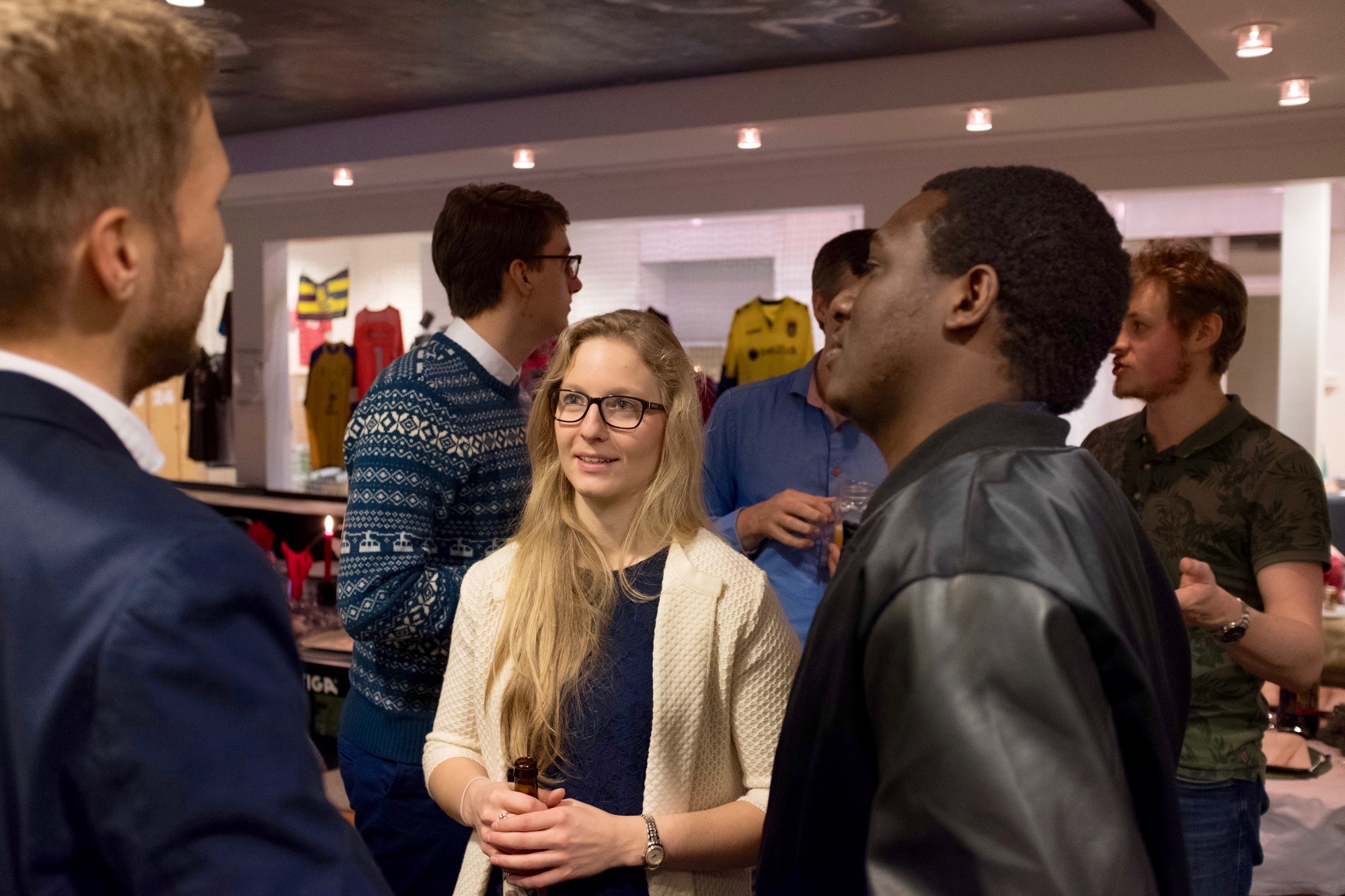 We have come a long way since 2012 when the company was one single person!
Our head office is located in Gothenburg, Sweden, if you didn’t already know. Make sure to pop by if you are in the neighborhood!

Now, back to the interviews and our answers.

They show that we are a bunch of very different individuals with various backgrounds and interests, with the mutual feeling of liking our jobs.

Most people like either programming or football while some of us like both and some have other big interests. For example: travelling, music, art, theatre, photography, gaming, reading, animals and family. We cannot ignore that somebody listed ”salami and champagne” and ”neon” as big interests. 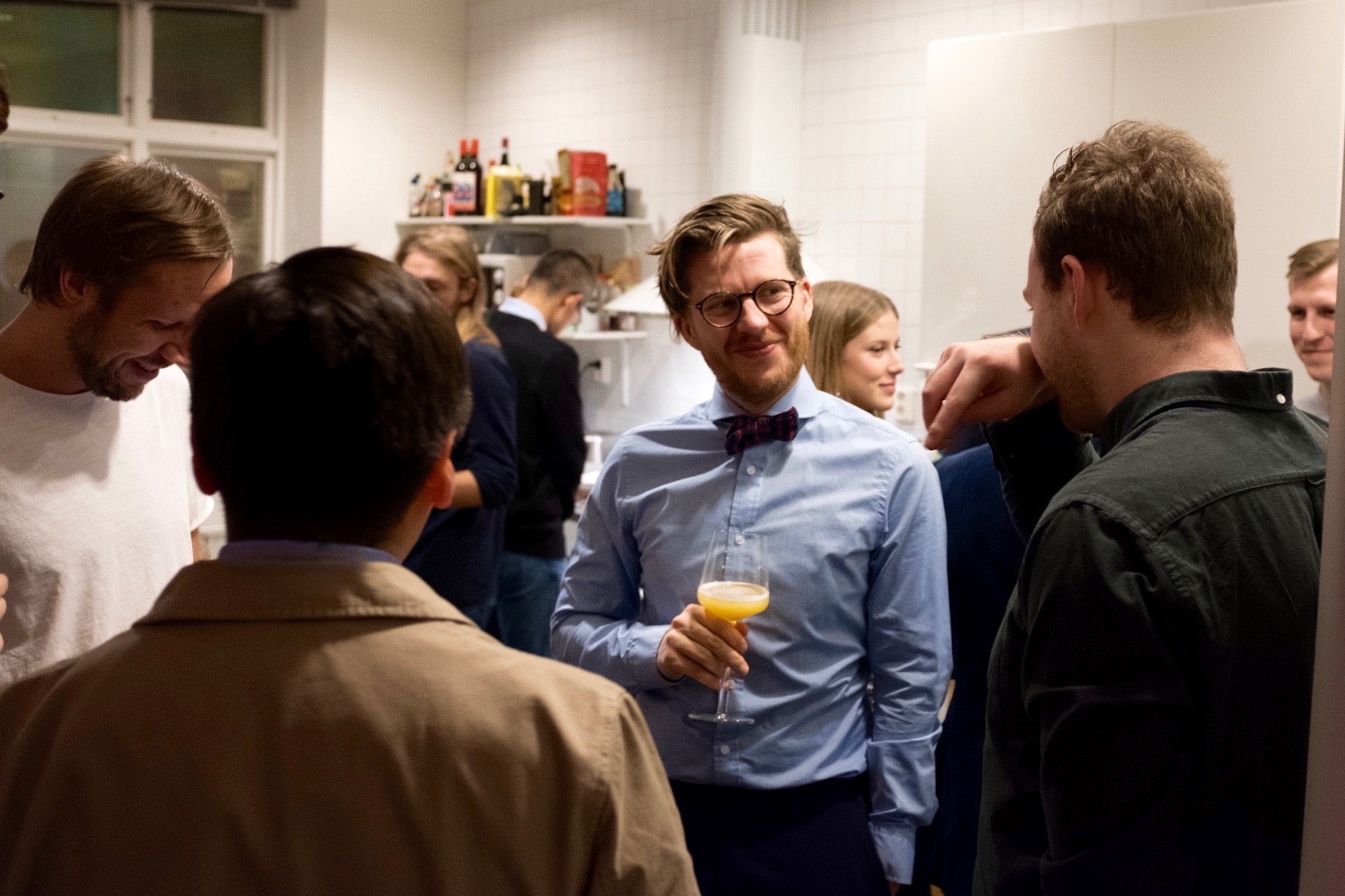 The majority knew absolutely nothing about the company before starting working here but about one third of us already used the app and/or were keen to join.

What does Forza Football mean to us?

Let’s get rid of the odd one out first: somebody did say ”not so much”. But half of us answered ”a lot” to this question and ten (probably) newcomers described their emotional status as ”it’s developing”.
A handful of happy employees actually said ”it doesn’t feel like work” which must be the highest appraisal a workplace can get, no?

Let’s continue in that happy place; the three most mentioned feelings when thinking about Forza were ”happy”, ”passion” and ”proud”. Although - in the name of transparency - somebody did express ”I feel nothing”.

Why do we (still) work here?

Most popular answers were ”I like it and where we are going” and ”it’s great experience”. Some people mentioned that they like the programming language we use, Elixir in particular, and the fact that they get to live in Sweden. (Note: the interviews were made before the winter and darkness kidnapped the country for six months.) 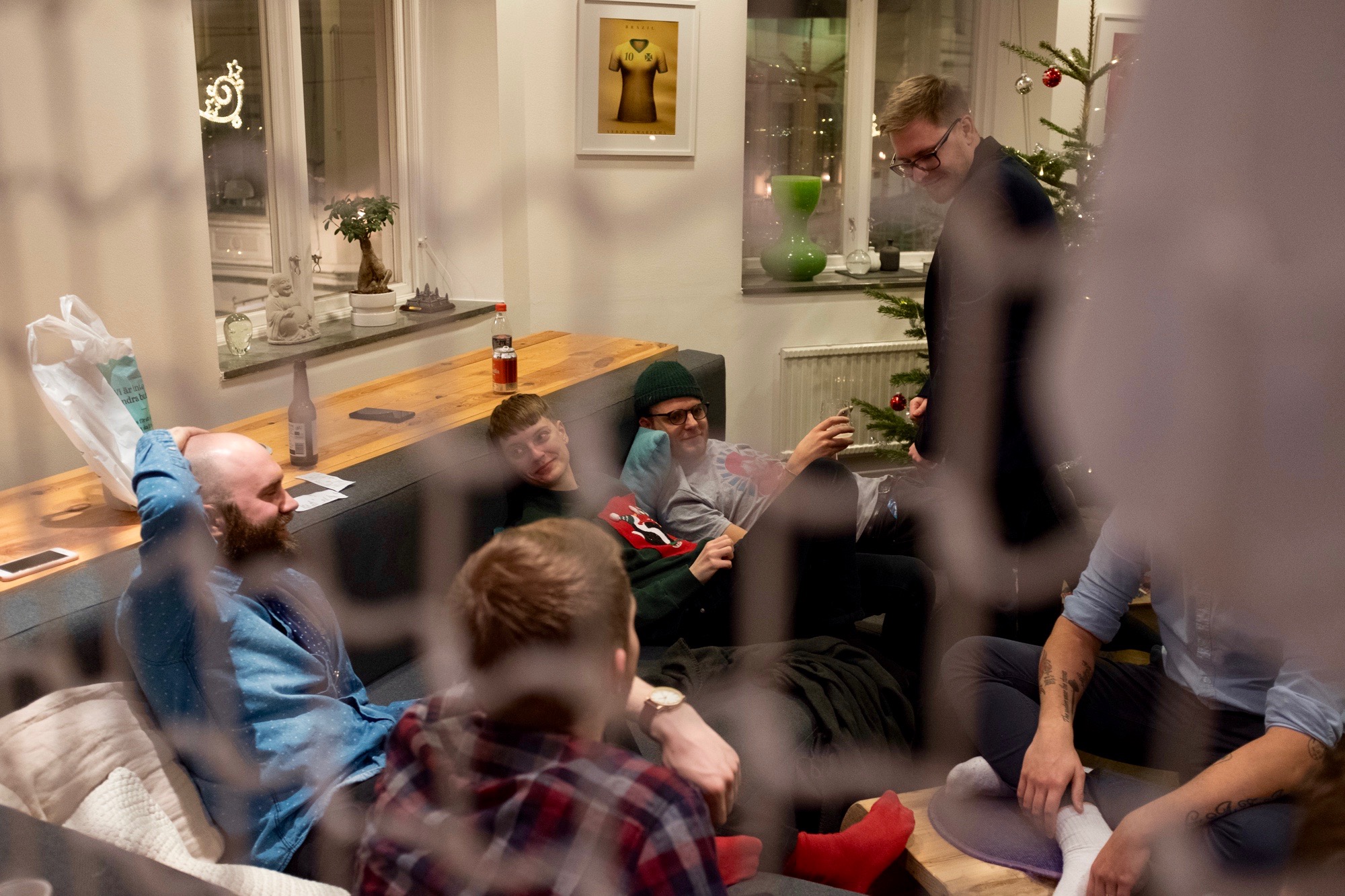 When asked to describe Forza Football with three words these were mentioned the most: ”freedom”, ”fun” and ”great people”. It sounds heavenlike, no? Other positive descriptions were ”caring”, ”openness”, ”creative” and ”innovative”. Some people did chose more negative words though, like ”unstructured” and ”chaotic”. Not everything is great in heaven, right?

What is Forza Football’s X-factor (what makes the company stand out)?

A majority of us chose William Wallace’s favorite word ”freedom” to describe Forza’s X-factor. The blog takes the liberty to interpreted it as having a lot of ”own responsibility” over the work and hours we put in.

The ”flat organisation structure” is another thing that makes our company special, according to the employees. We have an open-minded atmosphere and everybody is encouraged to voice their opinions about company matters. Big decisions are taken by the group as a whole, not by mighty bosses somewhere far away.
The fact that Forza has the power over itself, that there are no external investors, is another X-factor mentioned by the staff. (We are actually shareholders – more about that in another blog post.) 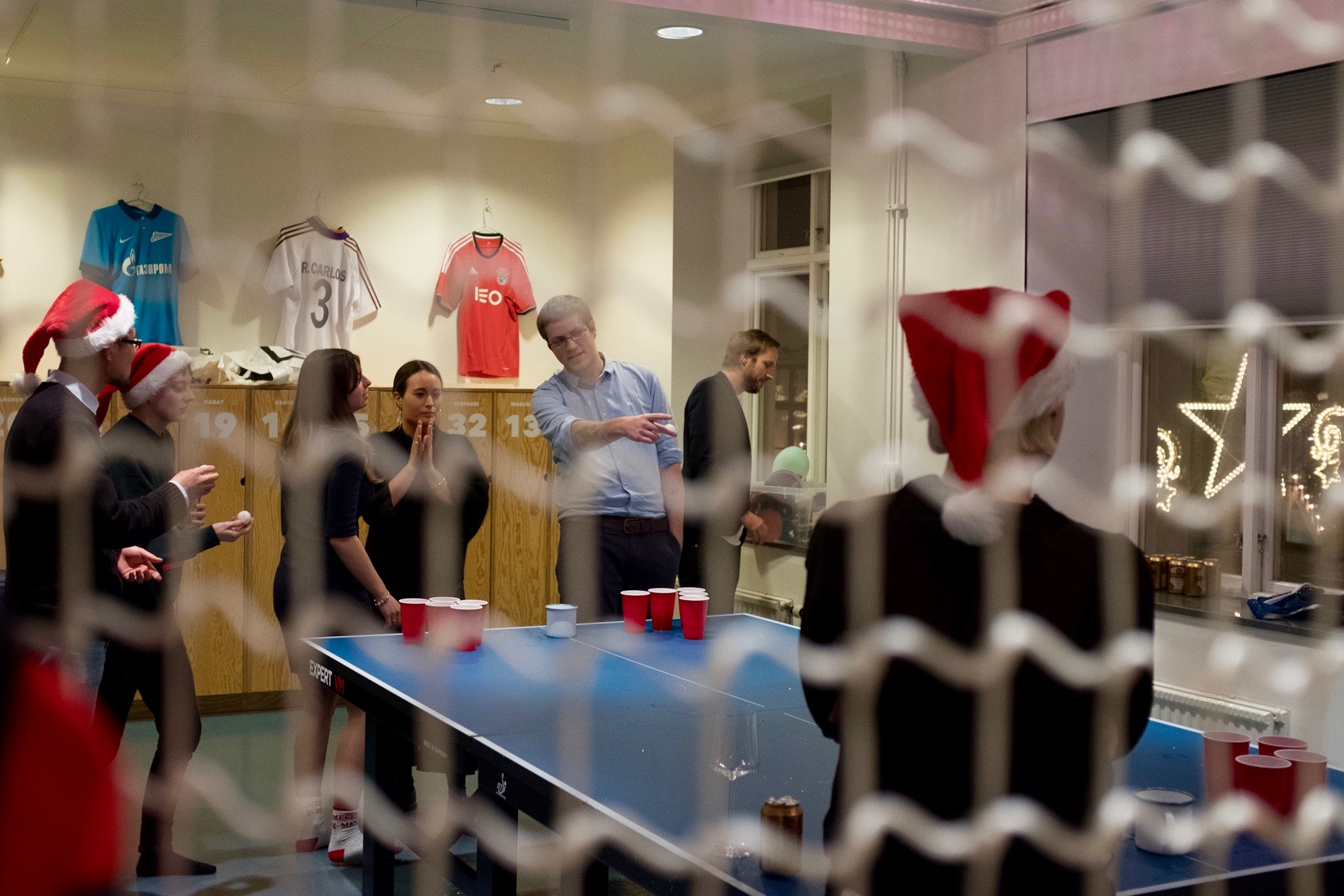 What do you need to know before starting to work at Forza Football?

We think you should be prepared that ”it’s a tough start” where ”nobody will tell you what to do”. It’s that freedom thing again. You will learn and hopefully adapt with time.

You should also know that ”everybody works different hours” and that the office is overcrowded right now. A bigger office is something that most of us hope for and it looks like that will happen soon. (More on that in another blog post if/when things start to role in the right direction.) 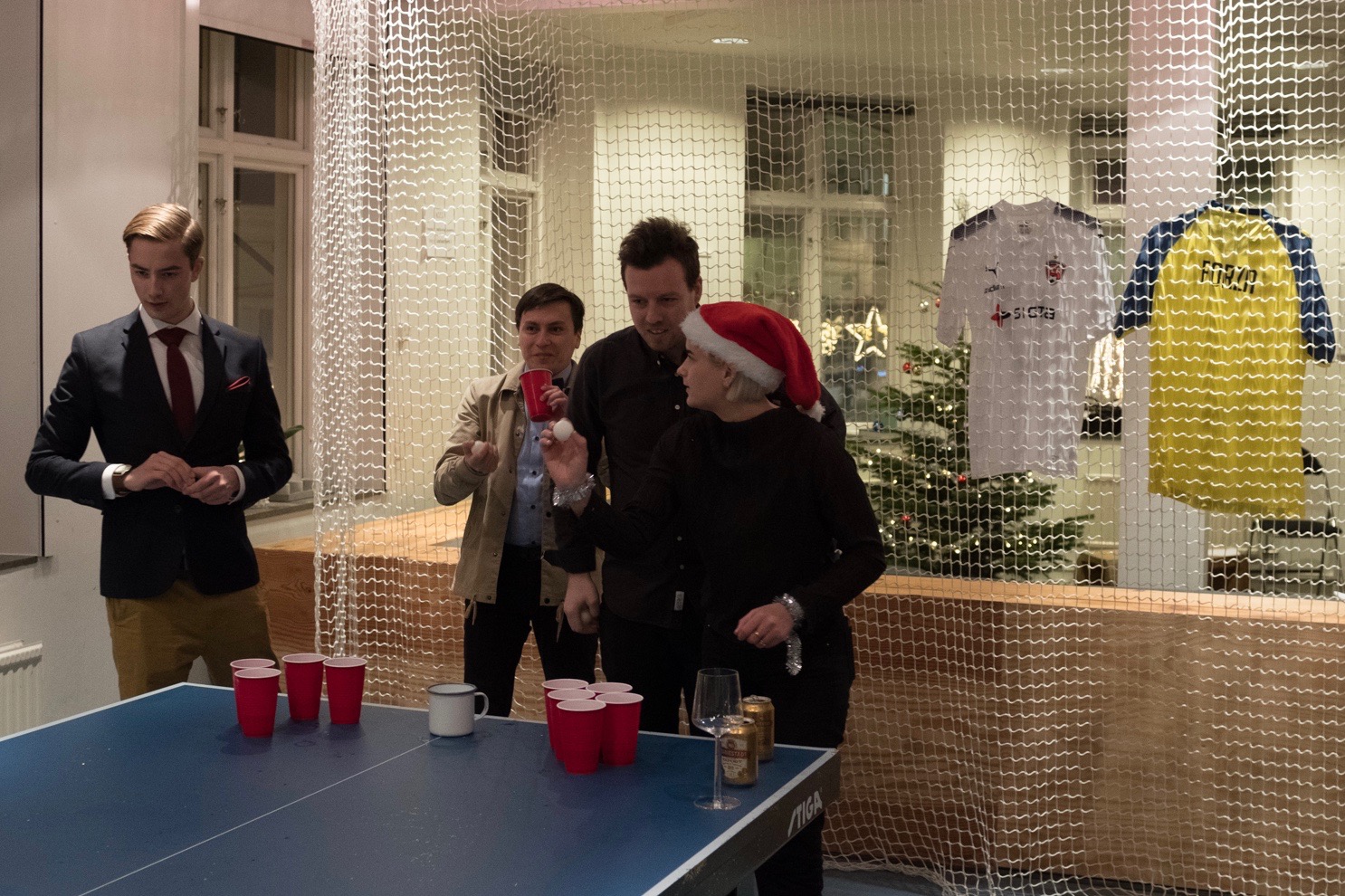 Quite a few employees mention Patrik (that’s our CEO) and how you should to relate to him and deal with him. He can be pretty intense and overwhelming (and does not always give good critique) but that is also what makes him great and inspiring.
He is extremely passionate about Forza Football and without him the company would probably seize to exist. And he is obsessed with finding out how he can become a better boss so don’t hesitate to tell him how you feel.

Other things that we think you need to know; you don’t have to love football to work at Forza but you must show respect for everyone, no matter their sexuality, religious beliefs, sex, nationality etc. And you should stay for beers on Fridays (no alcohol before 4 pm though!). 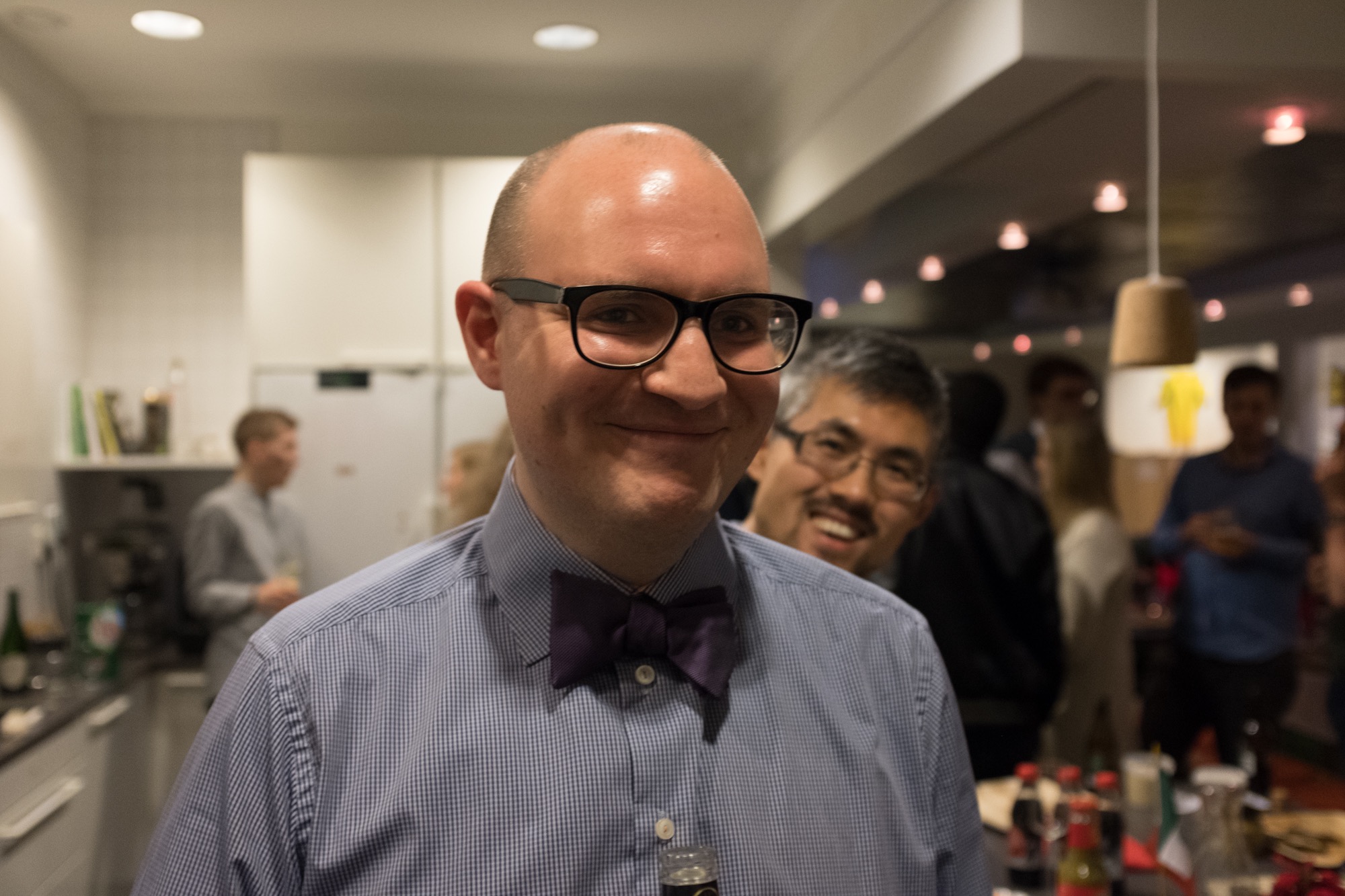 What improvements need to be made at Forza?

Again there is some critique about the ”chaos” when first coming onboard. We need to ”make a better introduction for new people about everything”.
There are also calls for more diversity among the employees; to ”hire more women” and not only white heterosexual men. A few people express the need for ”more leaders” while others mention the need of a more open climate to express feelings; to ”dare to communicate bad things, when you feel down or made something wrong”.

We have grown a lot recently, almost doubled the workforce in two years time. During the interviews many employees mentioned ”the expansion” as something they worry about, that we might not be able to ”keep the office culture” or ”guarantee quality when expanding”. 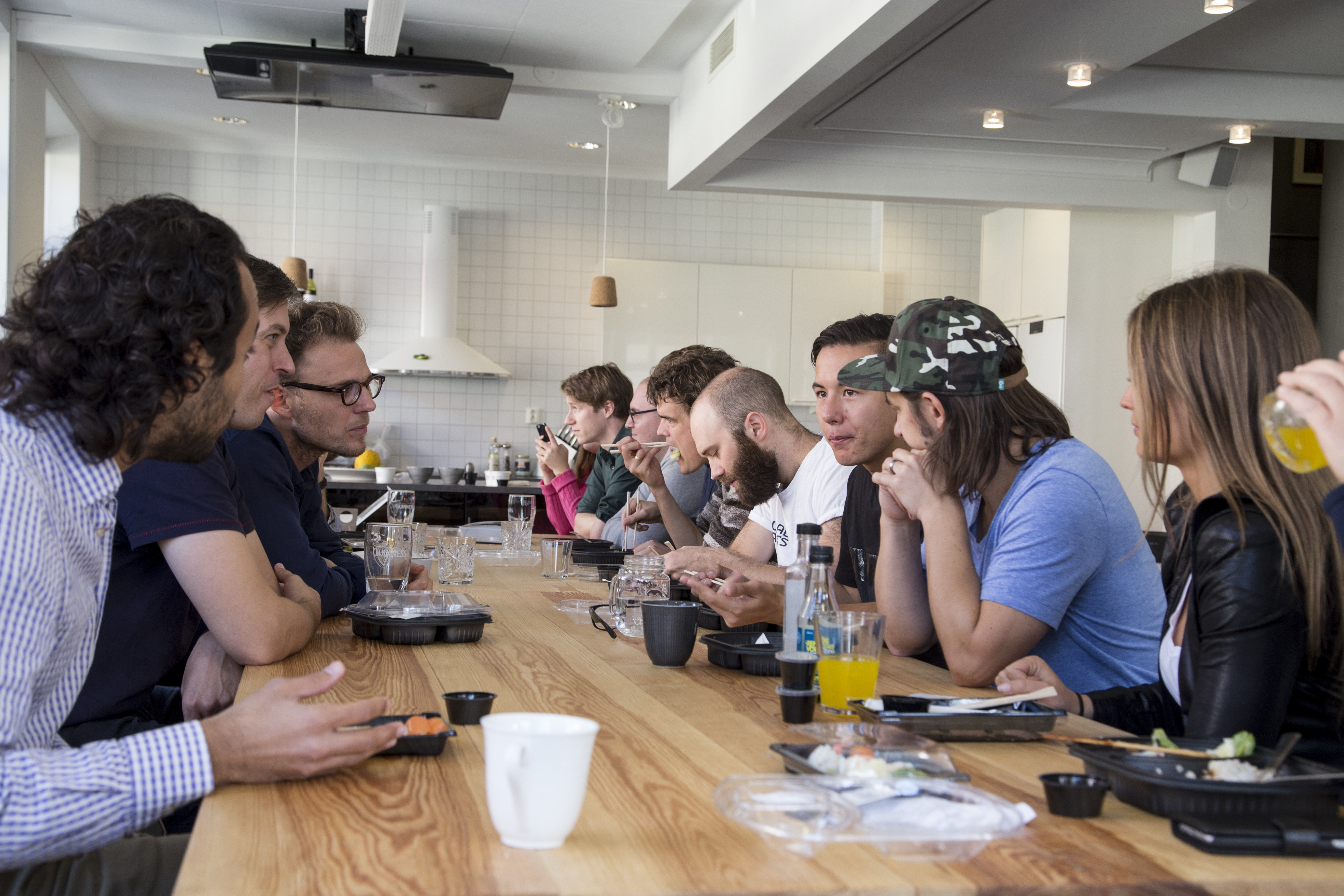 There are also concerns that we might not be able to adapt to the new needs of users and on the market, and that our competitors keep getting better.
Some people call for an end to the flat organizational structure at Forza and the need for more good and natural leaders.

What is our mission?

We are going to wrap this up soon but we need to address the elephant in the room. Or in the survey rather.

(Let's just have a look first at when Marco made some lovely caipirinhas for us at the Christmas party.) 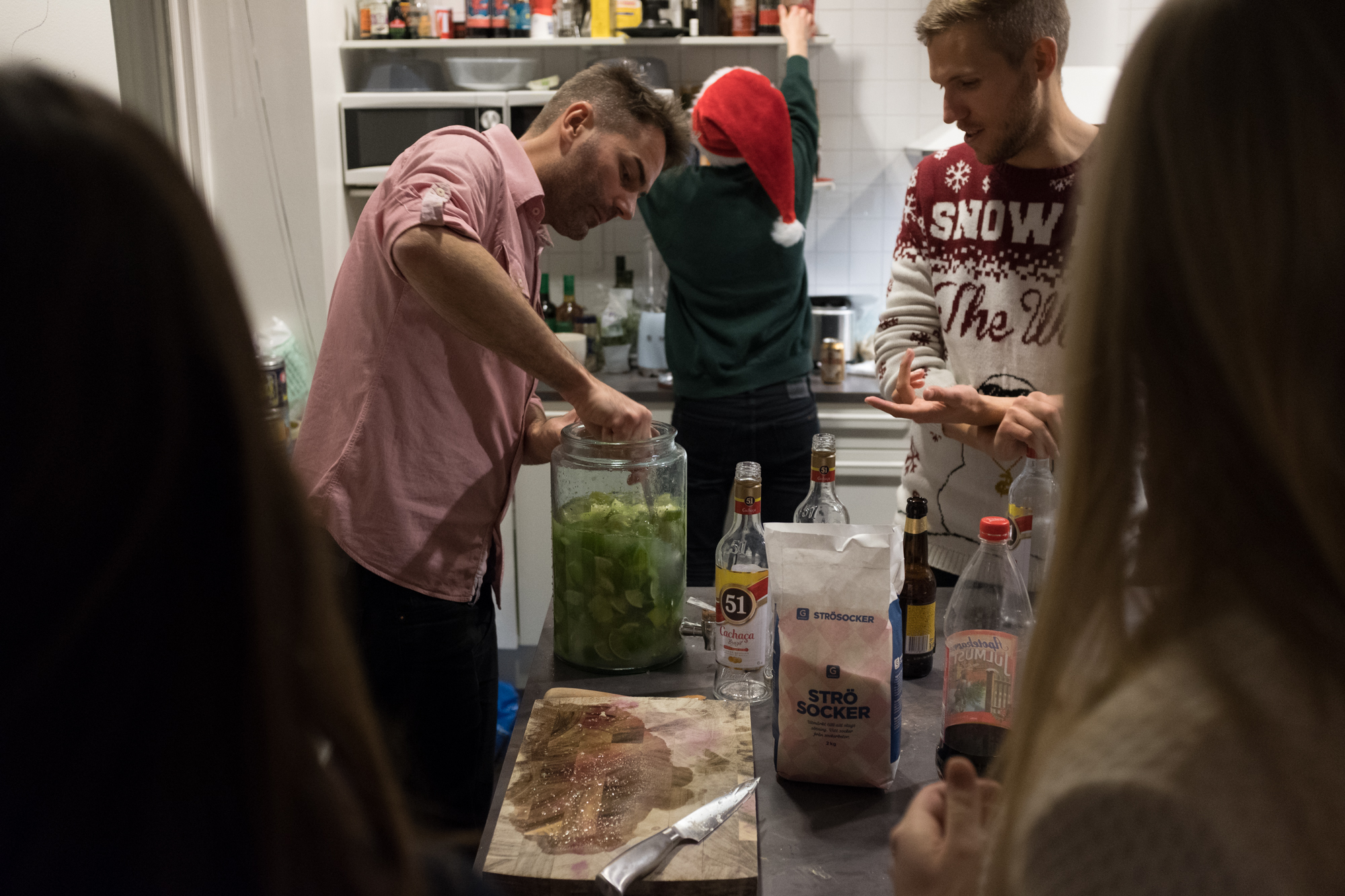 As mentioned earlier we are in the process of setting the internal and external branding (yes, you will soon see a whole new Forza Football look!).
One alarming finding during the interviews was that most of us does not really understand what the company stands for; what our mission statement actually means.

We claim to want to ”democratize football” but we have never really pinpointed what that is in reality. We know that we want the football fans to have more power than they do right now, but how and when and why?

So that's on our the agenda now.

We will as a group formulate what our mission means, and set up concrete goals which we can aim at every day.
The mission will be a foundation for us to stand on when we make strategic decisions and a way for you people to understand who we are and what Forza Football stands for.
More about this work process as we go along.

That's all for now! 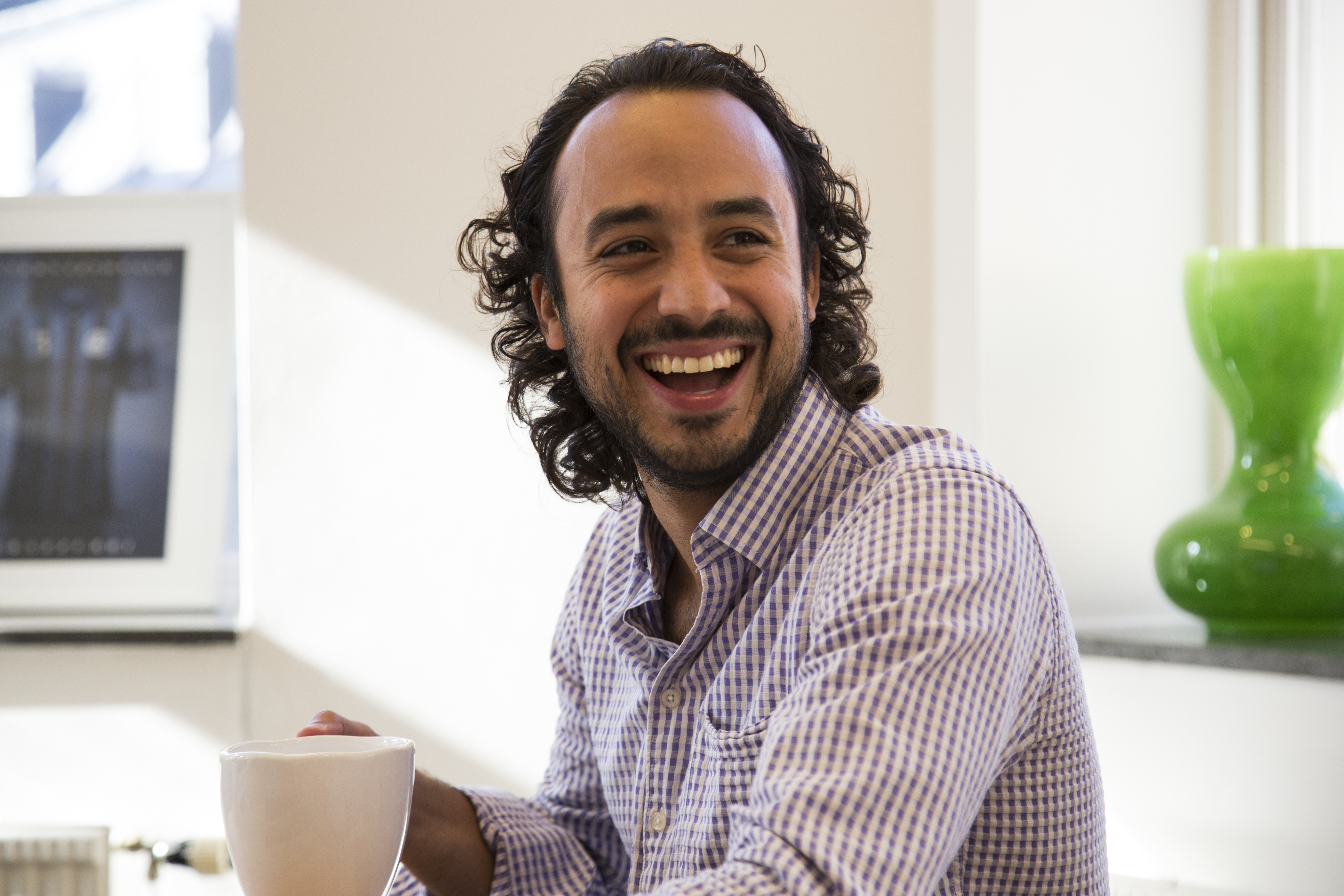